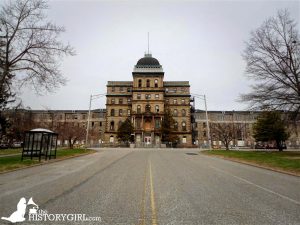 Following the formation of the American Academy of Child Psychiatry in 1953, a group of psychiatrists working with children in New Jersey continued to meet to discuss cases and issues in one another’s homes. One senior psychiatrist, who remembers those days, is Alvin Friedland. He had worked with Loretta Bender for three years, but had not done a formal child psychiatry training. He continued working with children, supervising work at the Essex County Child Guidance Clinics in East Orange and Montclair. He was an Associate Member of AACAP. Others included Ken Gould, a psychoanalyst in Princeton, David Abel, Richard Apfel, Bernie Goldberg, who worked with mentally retarded children, Arnold Kallen, in charge of the children’s unit at Cedar Grove, Nancy Durant, child psychiatrist at Union County Psychiatric Clinic, Larry Silver, Larry Deutsch and Martin Silverman. Dr. Friedland remembers Irving Phillips visiting to speak to the group on one occasion.

Larry Silver was appointed chair of Child and Adolescent Psychiatry at Rutgers University Medical School in Piscataway. He was vice president of the new regional assembly of AACAP under Tom Haislip from North Carolina. AACAP was anxious to set up regional organizations in all states so he and Tom Haislip spent countless hours on the phone contacting child psychiatrists in different states encouraging them to set up local groups. He led the way in collecting names of child psychiatrists working in New Jersey, starting with members of the New Jersey Psychiatric Association. In this way about eighty child psychiatrists were located and the format of meeting for three dinner meetings each year was started. The primary objective was for child psychiatrists to share information and experience. At the same time advocating for the emotional needs of children with educators, political groups and others was important.

Martin Silverman described his memories of the early days of the NJ council. He remembers many trips to Trenton to lobby for better education of children with learning disabilities. At that time children had to be two years behind their peers before they were entitled to services. Larry Silver and a small group of child psychiatrists played a significant role in advocating for earlier intervention for these children. As a result the Beadleston laws were passed.

Over the years the NJ council members have continued to meet arranging outside speakers to share their work with us. Many of us remember Stella Chess presenting on her longitudinal study of children and their temperament. At times the council has been more active with advocacy issues and at times more focused on clinical work. As the face of child psychiatry has changed and psychiatrists have become more biologically oriented so the topics of the meetings have shifted. Our goal is to work together to keep abreast of latest developments, educate ourselves and our medical colleagues, and advocate for the needs of children in New Jersey.

Many of our members were active following the disaster of September 11, 2001 speaking to community groups and appearing on television to educate the public about Post Traumatic Stress Disorder and ways to help children cope. Many worked with children and families both individually and in groups. Now Drs. Myron Gessner and Tompsett have been trained to train other mental health professionals to work with traumatized children and their families in the office.

Matt Schiff, one of our past presidents, has recently been appointed Medical Director of New Jersey’s Partnership for Children. This is an effort to help the sickest children in New Jersey to find psychiatric care and to coordinate their treatment. It is hoped that our organization can work with other mental health professionals to improve treatment in our state.